A call to remove the decades-old Phra Kiao parade featured in the annual football event of Chulalongkorn University is targeting the celebration of inequality, not the symbolic coronet itself, president of the student union told Thai Enquirer Monday.

Last weekend the Student Union of Chulalongkorn University voted unanimously to cancel the Phra Kiao parade in the traditional football match between Chulalongkorn and Thammasat University.

“The event is deemed to reinforce and be indicative of an authoritarian culture, as well as a symbol of inequality,” the statement said.

The parade, modeled after a Royal court procession, features a handpicked pair of female and male students seated on a palanquin carried by roughly 50 male students, who were obliged to participate in exchange for permission to stay in the university’s residences, according to the statement.

The announcement was made on October 23, which is Chulalongkorn Memorial Day. It has fueled debate over the topic of equality and respect for the university’s founder.

Phra Kiao is a Thai coronet traditionally worn by princes and princesses. It became the emblem of Chulalongkorn University when King Rama VI named the university in honor of his father and university founder, King Rama V.

In response, the Chulalongkorn University Alumni Association said in a statement Monday that they will insist on preserving the Phra Kiao invitation ritual in every traditional football event.

Netiwit Chotiphatphaisal, a political science student and president of the student union, told Thai Enquirer that some outlets spread “fake news,” twisting the announcement as a call to abolish the Phra Kiao emblem itself.

“Nobody can destroy Phra Kiao,” he said. The student union’s resolution to ditch the parade was prompted by inequality occurring in the event and had nothing to do with the emblem, he explained.

Following the controversy, the student union created a forum to collect public’s feedback on the announcement. Netiwit told Thai Enquirer that so far the majority of the comments endorse the student’s union decision.

However, if the event organisers still wish to keep the parade, they can do so by recruiting students to carry a palanquin on that day, Netiwit said.

“Chulalongkorn’s decision is just a stance which can in the end be overturned by those in charge,” he told Thai Enquirer, even though ignoring the student union would probably not go down well with the public.

Apart from recruiting palanquin carriers to march around the sport stadium, Netiwit also mentioned that other activities in the football event should be scrutinized as well, to benefit all university students, not just certain groups.

The union had made earlier calls to reform the ceremony, but they had come to nothing out of concerns over losing sponsorship for such a bold move.

Chaiwut Thanakmanusorn, Minister of Digital Economy and Society and Chulalongkorn’s alumni, posted on Facebook that he is confident that all students attending the event are joyful and proud “even if they are ones carrying the palanquin.”

“No matter how the events are organized, I would like to remind the students of the value of Phra Kiao and the dignity that we have always held,” Chaiwut said.

Rather than the football match, the center of this annual event is a display of political satire and caricatures criticizing political figures and events from the year. 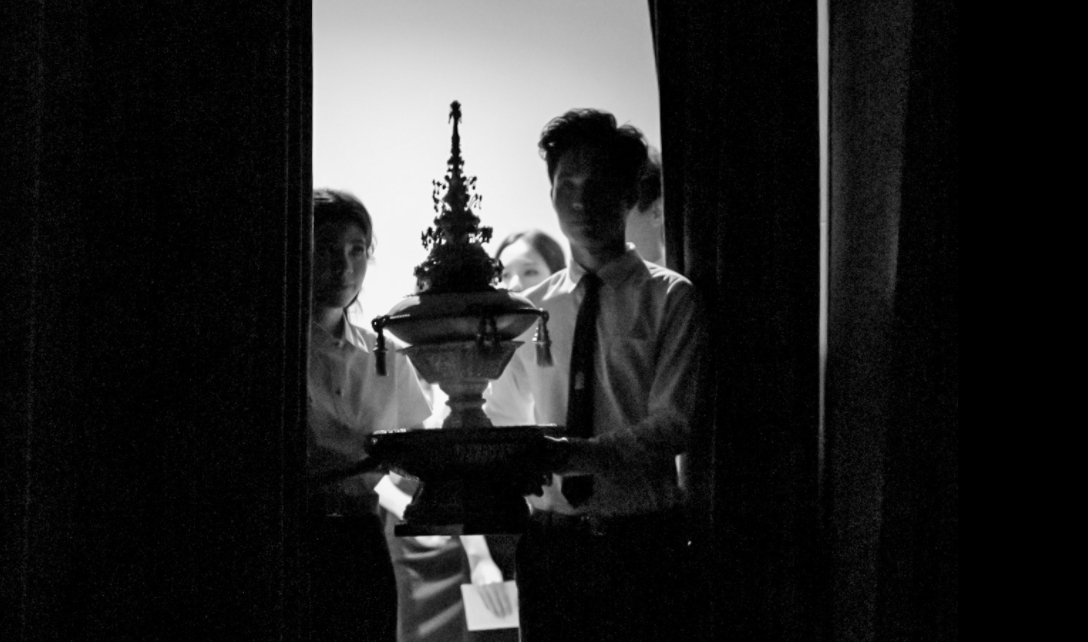 Government asks for cooperation from arrivals from at-risk countries

The government is asking 241 arrivals from eight “high-risk” African countries to report back to authorities and get tested...

Opinion: The constitutional court says marriage is only for reproduction in outdated opinion

Headline inflation rises for third month in a row